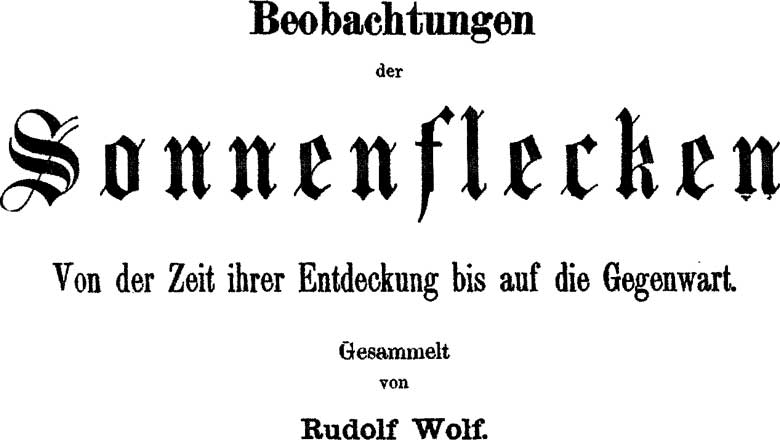 In 1850 Rudolf Wolf introduced the so-called sunspot relative number as an index of the solar activity. This "Wolf Number" is based on the number of sunspot groups and the total number of individual sunspots within the groups. In 1877 Wolf published a series of smoothed monthly means of the sunspot relative numbers starting in 1749. The series was based on a collection of daily sunspot observations contained in an unpublished book entiteled «Beobachtungen der Sonnenflecken – Von der Zeit ihrer

Entdeckung bis auf die Gegenwart. Gesammelt von Rudolf Wolf» (Source: ETH-Bibliothek, Hochschularchiv: Hs 368:46).
We have digitized all data from 1849 to 1877 – on this site we present the detailed data tables (shown as in the original manuscript) and a dynamic graph of the resulting Wolf Numbers. Also available are explanations of this dataset. Data from the collection back to 1610 will be digitized during the next months.